At 8.1% the unemployment rate in the United States is about one percentage point above the 7.2% currently reported for Canada, but this gap would be almost two percentage points if the Canadian rate was measured in the same way as the American.

This revealing picture from the recent Canadian federal government Budget paints a more accurate portrait by using unemployment rates defined in a similar way across the two countries. 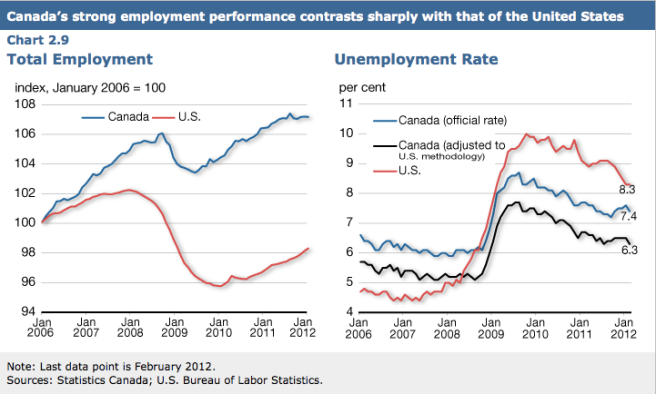