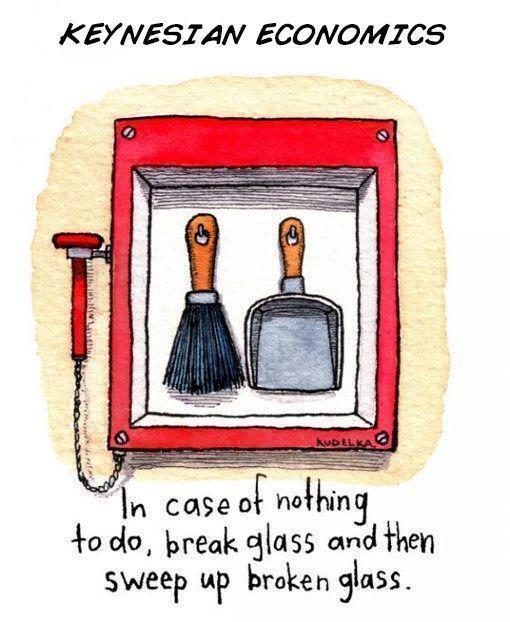 This is an exciting time to be studying macroeconomics! The “Great Recession” still, after almost eight years, echoes in high unemployment in European countries, in lower earnings and wage rates in the United States, and is even more strongly imprinted in excessive debt, low employment, and outright despair in other countries like Greece and Spain. Interest rates have never been as low, indeed in some countries banks are charging negative interest rates … it costs money to save money! Inflation is low, unemployment is exceptionally high (particularly among young people), and exchange rates keep bouncing around.

What has caused this instability in the overall level of economic activity, in incomes, and in employment? And what role can, or for that matter should, public policy play in making things better? How can it play these roles?

Every responsible citizen should have an understanding of the basic principles of macroeconomics. Without it how can you possibly understand some of the critical debates in almost every recent election in the rich countries: is a balanced government budget a good thing or a bad? how can governments create more jobs? why are interest rates so low, and should inflation be a worry? How can you possibly understand why less rich economies sometimes hit a brick wall as prices increase without bound, as unemployment soars, and as investment capital leaves the country? It is not an exaggeration to suggest that poor macroeconomic management is sometimes the prequel to civil unrest.

This is the first class of a course that is designed to meet the needs of students in public policy who may have had only limited exposure to economics. But almost anyone can follow along. Upon completion of the course successful students will be familiar with the basic principles of macroeconomics, and be able to apply them critically to issues dealing with Canadian and international public policy.

Download the course outline, and get the two required books. Then watch one prominent macro-economist—Joseph Stiglitz—explain his views of what caused the great recession and what government should do about it in this presentation given about one year after the Great Recession was unleashed in the autumn of 2008. Pay attention to the vocabulary he uses: list words that are not familiar to you, try to discern when he is speaking about “microeconomics” and when he is talking about “macroeconomics”, think about the logic he uses and what this says about the way economists think. Here is a list to help guide you.

Our studies start next week with a discussion of what we mean by “macroeconomics,” and how we measure the things central to gauging macroeconomic performance. To be prepared for our discussions read the readings listed in the course outline for September 15th.