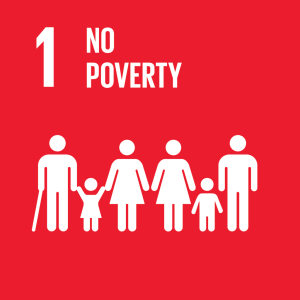 The targets to reduce income poverty in Canada’s Poverty Reduction Strategy take an important step toward the first UN Sustainable Development Goal addressed to ending poverty, but progress will fall short without all Canadian governments—not just the federal, but also provincial, and municipal governments—adopting coordinated policies to eliminate deep poverty.

The first UN Sustainable Development Goal is to “End poverty in all its forms everywhere,” and has explicit targets associated with it.

Two of these targets are particularly relevant for Canadians. They speak to ending income poverty, and are:

By 2030, eradicate extreme poverty for all people everywhere, measured as people living on less than $1.90 a day

By 2030, reduce at least by half the proportion of men, women and children of all ages living in poverty in all its dimensions according to national definitions

Canada’s Poverty Reduction Strategy is informed by both of these targets, setting a nationally appropriate poverty line, and using it to explicitly adopt the second target. However, it addresses the first UN target only partially: offering an appropriate definition of extreme poverty, but not adopting an explicit target.

Eradicating extreme poverty will require all governments in the Canadian federation—not just the federal—to pursue consistent and coordinated policies. Significant progress will only happen with the partnership and commitment of the provinces and municipalities.

END_OF_DOCUMENT_TOKEN_TO_BE_REPLACED

Canada’s Poverty Reduction Strategy released by Jean-Yves Duclos, the Federal Minister of Minister of Families, Children and Social Development, proposes to introduce legislation to establish an official poverty line for the country. This is an act of political courage, but the poverty line continually needs to be updated and improved.

END_OF_DOCUMENT_TOKEN_TO_BE_REPLACED

Angus Deaton, the Princeton University economist, wrote in the opening paragraph of his acceptance speech for the 2015 Nobel Prize in economics that:

Measurement, even without understanding of mechanisms, can be of great importance in and of itself—policy change is frequently based on it—and is necessary if not sufficient for any reasoned assessment of policies, including the many that are advocated for the reduction of national or global poverty. We are wise to remember the importance of good data, and not to neglect the challenges that measurement continuously poses (Deaton 2016, page 1221).

This nicely sums up the tone of a previous post, that a conversation about Canadian public policy directed to poverty has not been well served by the confusing and conflicting information provided by official statistics.

Just how should we measure poverty in a way that is most helpful for public policy?

This is a particularly important issue given the mandate the Prime Minister has given his Minister of Families, Children and Social Development, directing him to “Lead the development of a Canadian Poverty Reduction Strategy that would set targets to reduce poverty and measure and publicly report on our progress.”

END_OF_DOCUMENT_TOKEN_TO_BE_REPLACED

The cyclical patterns also differ, with the Low Income Measure registering higher poverty during recessions only before the 1990s, and in a way that is more muted and lagging the movement in the Low Income Cut-off. It also signals a rise in poverty only well after the onset of the 1990/92 recession, and both measures show no upturn in poverty during the Great Recession, which began in 2008 and led to a significant fall in employment.

For something that is central to so many policy debates, the Canadian “poverty” rate is notoriously confusing, and it is easy to imagine that public policy may be misled. The first step in devising a poverty reduction strategy is understanding what these numbers mean, and whether they are useful. Is poverty at unprecedented lows, or has it been stuck at high levels for decades? Both views can’t be right, but they can both be wrong.